A Note from the Administrator 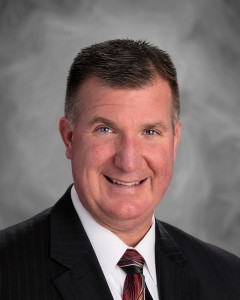 We would like to welcome you and your child and extend our appreciation for the opportunity to serve you through the Christian education ministries of the Sanford Christian Academy, a ministry of Calvary Baptist Church. We firmly believe that education is a joint responsibility of the home and school. We plan to develop a good working relationship with you and we strive to achieve the highest quality education for your child/children. Our chosen curriculum, guidelines, and regulations are all designed to meet that goal. We covet your support.
This website is prepared to address some of the questions you might have concerning our school. If any additional questions should arise, we ask that it be addressed promptly with the administration. We look forward to working with you in the education of your child/children and sincerely hope that you will take an active interest in our school.

After Pastor Bell was called to preach in 1989, he was burdened for the need for Christian education in our community.  In 2011, God opened the door for our church to start a Christian Academy that will train servants and champions for Christ, and so began Sanford Christian Academy.  What a joy and delight it has been to see our students learn in such a wonderful and Godly environment.
We are very jealous of the spirit of our school, and it is the desire of our staff to continue to hold to the old time paths of Godly discipline and standards while striving to achieve academic excellence.  Thank you for your consideration in partnering with us in the education of your children.

Dear Parents,
We would like to welcome you, your child and extend our appreciation for the opportunity to serve you through the Sanford Christian Academy, a ministry of Calvary Baptist Church.
We firmly believe that education is a joint responsibility of the home, church, and school. We plan to develop a good working relationship with you and we strive to achieve the highest quality education for your child/children. Our chosen curriculum, guidelines, and regulations are all designed to meet that goal.
We covet your support. This handbook was prepared to address some of the questions you might have concerning school. Please read it thoroughly and refer to it when needed. If any additional questions should arise, we ask that it be addressed promptly with the administration. We look forward to working with you in the education of your child/children and sincerely hope that you will take an active interest in our school.
Serving the Lord,
Pastor Todd Bell and faculty

Sanford Christian Academy's desire is that each student receives a quality, Christian education by utilizing the renowned A Beka Book curriculum.  This curriculum is used successfully by over 750,000 students around the world.  Sanford Christian Academy provides students with the ability to prepare for the future by meeting and exceeding all academic standards.
Using the Bible as our foundation, Sanford Christian Academy provides instruction in all of the major disciplines.  We encourage you to contact our school at (207) 324-0777 to allow our administrative staff to answer all of your questions, provide necessary details and give you a persoal tour of our facilities.

Courses of study include:

For the last three years SCA has been able to enjoy having a basketball team.  For the last two years we have made the finals in our Christian school league.  What a joy it has been to see our boys excel in basketball.

Cross Country is a hard enduring sport that takes place from September to October.  If you would like to join the team please contact the school office at (207) 324-0777.  Conditioning begins in August.  In 2012-13 season Alex Hastings finished third in the state!

Our volleyball team has seen great improvements over the last three years.  It is for girls only and our games are played during basketball season.  The boys basketball team and girls volleyball teams travel together and compete with other Christian schools in the ACEL Christain School league.  The SCA volleyball team was 10-3 for the 2013-2014 season, finishing strong in our league tournament.

2013-2014 was our first season to have a soccer team.  Soccer is a co-ed sport that is played in our league during April and May.  Our soccer team did a fantastic job for their first season.  It was great fun and we look forward to the coming season. 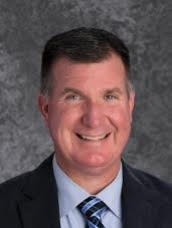 Pastor Todd Bell was born on October 20, 1969, in Lakeland, Florida. He and his wife, Amy, have four children, Elisabeth, Benjamin, Cherith and Abigail. Todd was saved at the age six under the preaching of J.B. Buffington in Lakeland, Florida. He received an Associates Degree for Machinist from Haywood Community College in Clyde, North Carolina, May 1989; a Bachelor of Theology Degree from Trinity Baptist Bible Institute in Asheville, North Carolina, in May 1994; and was honored with a Doctorate of Divinity from Crown College, in Powell, Tennessee in May 2015. In 1989 Pastor Bell was employed with Asheville Industries in Asheville, North Carolina, as a machinist that worked on Government contracts. In 1994, God called Pastor Bell and his family to the state of Maine to plant Independent Fundamental Baptist Churches. After eighteen months of deputation, in January 1996 they moved to East Millinocket, Maine where they started and established the Tri Town Baptist Church. In August 2000, under Pastor Bell’s leadership, the Tri Town Baptist Church started the Church Hill Baptist Church in Augusta, Maine. Since that time the Church Hill Baptist Church has continued planting churches and also is sending preachers out to take struggling churches and bring them back to God honoring churches.

In 1998, God burdened Pastor Bell’s heart for “Reaching the Next Towns”. This burden and vision birthed the Wings with the Word, Inc. aviation ministry. With the use of airplanes, Pastor Bell has been able to start and establish more than one church at time. He also uses the aviation ministry to encourage and edify other Men of God all over the New England area. Pastor Bell has 2,500 hours total flying time, 557 of those hours are in multi-engine aircrafts. He is currently a private, instrument, multi rated pilot. He has flown single engine Cessna’s, single engine Pipers, and multi-engine Cessna’s (310 and 402). All of these flying hours have been built flying all over the state of Maine and New England. 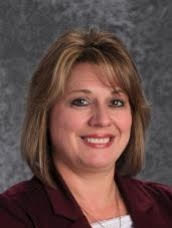 Amy Bell was born on May 25, 1969 in Asheville, North Carolina. She is married to Pastor Todd Bell and they have four children, Elisabeth, Benjamin, Cherith, and Abigail. Amy was saved at the age of 16. Amy has an Associates in Secretarial Science. She previously worked in a Doctor’s Office, homeschooled her children, and helped to start and operate the Sanford Christian Academy in 2010. Amy is currently the Sanford Christian Academy Administrator and the Calvary Baptist Church Secretary. Amy’s goals are to be a helpmeet to Pastor Bell, to love people and see them come to Christ, and to help this ministry flourish for God’s Glory. Amy’s hobbies include crafts, reading, spending time with her family, coaching volleyball, cooking, and planning parties and events. 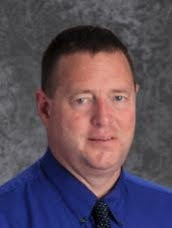 Pastor David Blaisdell was born on June 18, 1961 in Millinocket, Maine. He and his wife, Shelly, have three children, Michaila, Mariah, and Jonathan. David was saved at the age of nine. David and his family were a founding family in Pastor Bell’s first church plant in East Millinocket, Maine from 1996-2002. In March 2007 God burdened Dave for the ministry and he surrendered to the call to preach. Dave and his family moved to Sanford to join this ministry in October 2007 where he attended and completed the Calvary Baptist Bible Institute. Pastor Bell and the Calvary Baptist Church ordained Dave in June 2011. Pastor Dave is currently the Assistant Pastor, teaches Math and History, and coaches boy’s basketball. His goals for the ministry are to honor and glorify God in all areas. His hobbies are sports, reading, and coaching. 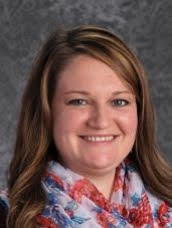 Kendra S. Blaisdell was born on April 15, 1985 in Lawrence, Massachusetts. Kendra was saved at the age of twelve. She attended the New England Baptist Bible College in Southington, Connecticut, where she graduated with a Bachelor in Elementary Education. Kendra joined our ministry in August 2010 and teaches our Kindergarten class. Kendra’s goals for her class is to teach them to love, obey, and follow the Lord. Her goals for the ministry are to be an encourager and a support, and to uphold it in prayer. Kendra married Mr. B in June 2015. Her hobbies are reading, decorating, organizing, cooking, and scrapbooking. 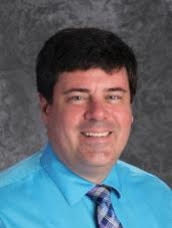 Robert Blaisdell (Mr. B) was born on August 9, 1965, in Millinocket, Maine. He was saved at the age of thirteen. Mr. B worked in a paper mill from 1984-2009. He has an Associates in Electrical Power, a Bachelor’s in Bio-Resource Engineering, a Master’s of Science in Teaching. Mr. B has previously worked as an Adult Education Instructor, at the University of Maine in a Teacher Assistant Program, as did his student teaching at Bangor Christian School teaching Geometry. Mr. B joined our ministry in 2012 and teaches the 7th-12th grades Biology, Chemistry, General Science, History, Pre-Calculus, Drama, Music. Mr. B’s goals for his teaching career are develop his students in Drama, expand the Science and Laboratory at our school, reach more souls with the Gospel and disciple the people he reaches with the Gospel. Mr. B is also the Music Director for Calvary Baptist Church, and he desires to see the Music and Choir ministry excel for the Glory of God. Mr. B married Kendra in June 2015. His hobbies include sports officiating, computer work, biking, and kayaking. 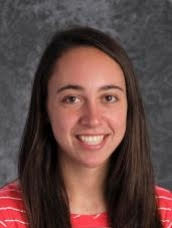 Sara Breese was born on July 6, 1990, in Killeen, Texas. She was saved at the age of six. Sara attended the Crown College of the Bible in Powell, Tennessee, where she graduated with a Master’s of Christian Education, TESOL Certification, and Phonetic Reading Specialist Certification. Sara joined our ministry in August of 2013 and teaches our 4th, 5th and 6th grade class. Sara’s goals for her teaching career are to bring her students to Christ and train them to serve the Lord. Sara’s hobbies are hiking, gardening, and reading. 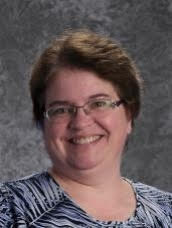 Laurie Chalmers was born on February 13, 1964 in Reading, Massachusetts. She is married to Mr. Kerry Chalmers and they have one daughter, Meghan. Laurie was saved on May 18, 2014. Laurie attended three years of college at Baptist Bible College East in Boston, Massachusetts. Laurie has previously worked as a Teacher’s Aide and also in a Day Care. Laurie joined our ministry in June in 2012 when she ran our Day Care. She recently rejoined our ministry in 2015 as a full time floater and custodian. Laurie’s goal is to help everywhere needed and to be an assistant to the administration. Laurie’s hobbies include reading and baking. 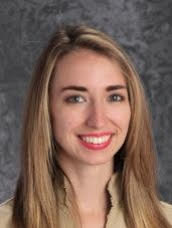 Britney Haynes was born on May 7, 1990 in Atlanta, Georgia. She married Mr. Scott Haynes in 2012. Britney was saved at the age of seven. Britney attended the Crown College of the Bible in Powell, Tenseness, where she graduated with a Master’s in Christian Education, TESOL Certification, and Phonetic Reading Specialist Certification. Britney joined our ministry in August of 2012 and teaches 7th-12th grades English, American History, Geography, and Keyboarding. Britney’s goals for her teaching career would be to teach her student to not only love learning, but also to love the Lord! Britney’s hobbies include cooking, reading, shopping, hiking, house decorating, traveling, and spending quality time with family and friends. 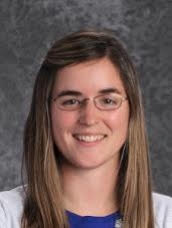 Kimberly Haynes was born on June 17, 1986 in Claremont, New Hampshire. She was saved at the age of four. She attended the Crown College of the Bible in Powell, Tennessee, where she graduated with a Bachelor’s in Elementary Education. Kimberly joined our ministry in August 2011 and teachers our 1st to 3rd grade class. Kimberly’s goals for this ministry are to honor and glorify the Lord by being faithful, praying, and supporting the ministry. Kimberly is the church pianist. Her hobbies are baking, playing the piano, photography, hiking, reading, buying books, and spending time with children.

SPECIAL NOTE:   Please write your child’s name on all items. They will be collected on the first day of school for grades K-6.

Connect with us on Social Media